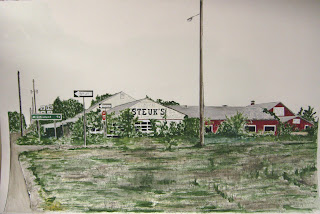 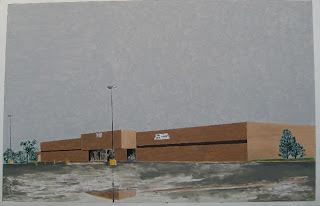 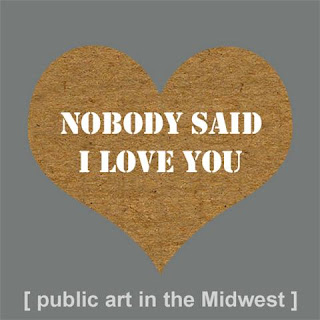 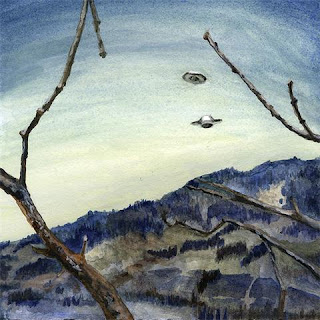 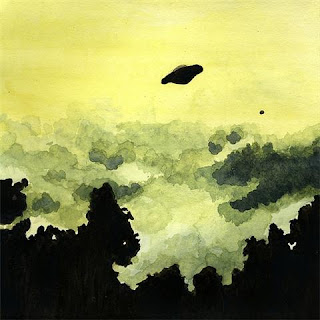 Also on Feb 17, 2009
Tacoma Narrows Bridge
Tacoma Narrows Bridge creates visual + aural renderings which present an altered snapshot of the current, regional human condition.
TNB takes actual situational transcriptions and performs them through narrative and tonal elements. Words heard from the performed character studies taken "out of context" become "ultra-contextual".
The "snapshot" from real life experience to the performance (by the Tacoma Narrows Bridge) creates a continual uncomfortable breaching of the "third wall"...and leaves the viewer/participant to a continually altering interpretation.

My artwork has always addressed the themes of time, mortality and disintegration. These themes, at once very personal to me, are universal. I address the duplicity of my themes, and my choice of working with a permanent material such as clay, by using non-traditional glazes that give the finished pieces the appearance of being eroded by time.

Notions about the progression of time are further reinforced by my impulse to work in series and employ obsessive and sometimes excessive repetition. A seemingly endless number of drilled perforations attest to time-consuming practices.

My most current work is exploring geometric forms that are metaphors for the human body. I seek to convey the architecture of the human body. Windows cut into the forms represent a surgical excision that has perforated the wholeness of these torsos. Old ceramic kiln elements act as sutures spanning these excisions creating an opportunity for healing to take place. I have specially formulated a foaming glaze that reaches and spreads across these wounds replicating human tissue regeneration.

I am fascinated by the ability of the corporeal body, while in a continual process of disintegration, to heal it self.


Joshua Rex
Although flat and geologically uneventful, the natural landscape of Northern Ohio is quietly beautiful. In the summer’s subdued greens and browns along Lake Erie, one can imagine a dinosaur rearing its head in the heat. In the ice of January seagulls drift through white outs.

These paintings reflect the dubious manner in which we see our land: as Space to be Filled. They speak of our aesthetic surrender. We build fast and with frivolous abandon; the prefabricated chain store blueprint is duplicated, in variations, from town to town throughout the American Midwest.

They also say something about our regional state of mind. We favor the wrecking ball over restoration. The work truck over walking. And we build, filling as much space as possible, lest we be doomed to boredom.

The inspiration for these watercolor paintings came from web searched UFO photos. Although some of these images may leave the viewer with an obvious explanation; I would like the viewer to contemplate their own thoughts about life beyond Earth.
"UFOLOGY": paintings about the "Bigger Picture"

“Ufology” are painted from internet sightings of a cloud (resembling an UFO), a lens flare, the reflection of a hotel light in the window, and even controversially convincing photos of natural phenomena. Through this work, I hope to reveal the American optimism… that there is something bigger than us out there.

This series is for "believers” and skeptics alike.

"Nobody Said I Love You" is public art project by Michelle Marie Murphy.
In the genre of "stencil art" Murphy creates and posts public Valentines in the greater Cleveland area. Using terms of endearment, humor, and sarcasm Murphy creates a one-sided dialogue to the general public, “speaking to” the triumphs and tribulations of our region.