This from Mike McIntyre in the Plain Dealer today - why didn't they just get their big brother to threaten to sue the guy?

Comedian Mike Polk and his cohorts in the Last Call Cleveland improv troupe swear they love Cleveland, even though their two "Hastily Made Cleveland Tourism Videos" are as devastating as they are self-deprecatingly funny. (Here's the sequel.)

The YouTube videos have made the rounds via e-mail and Facebook for a month. The premise: The "Cleveland Tourism Board" paid $14 million for videos that Polk forgot to produce until the last minute.

The videos feature Cleveland scenes set to a catchy if crushing commercial Cleveland jingle: "Here's the place where there used to be industry ... We see the sun at least three times a year. ... Our economy's based on LeBron James. ... Buy a house for the price of a VCR."

Opening tonight at William Busta Gallery from 5 - 9pm
Come and check out the show Stephen is in my opinion one of the top artists in this area. 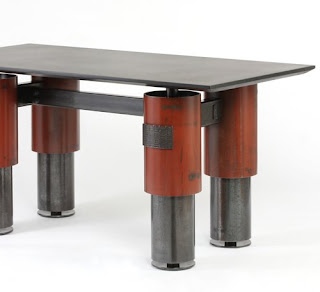 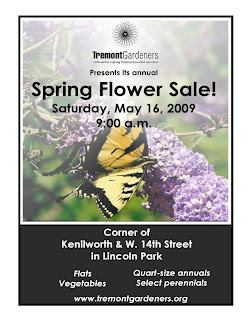 Every year, the Tremont Gardeners sell flowers to help fund the planting of trees, flowers, and mulch in Lincoln Park, as well as other beautification projects in the Tremont neighborhood. Please help us make this neighborhood event a success.

1. Tell 5 people. Forward this e-mail to family, friends, and neighbors. Our success has been selling to those that are connected to either you or Tremont. We have below-market prices along with first-class flowers. Please encourage people you know to support the garden sale.

2. Unload the Truck – At 8:00 am we are meeting in Lincoln Park to unload the truck. Many hands will make this big project a lot easier. Just helping out for an hour would be a big help and it will make you an honorary Tremont gardener (and offer you the first pick of flowers coming off the truck).

We have over 400 flats and quarts for our sale this year. We are offering tomatoes and herbs this year as well. We also are selling bags of mulch that is some of the finest "food" your garden can get. It's a mixture of plant material, a little manure and lots of great, organic nutrients for your flower beds. It is very similar to sweet peet, if you know what that is. Every bag we sell – at $5 per bag – means the Tremont gardeners get one bag for free to use in Lincoln Park, the Roundabout and the Train Avenue and Wade Aveue Gateways.


SAVE THE DATE AND SEE YOU, YOUR FAMILIES, OR NEIGHBORS ON MAY 16TH. Rain or Shine. Come early and get the best selection. Thank you for your support.