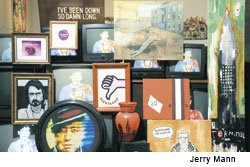 Anyone who actually hated Cleveland wouldn’t have enjoyed this.

This wasn’t an event for Pittsburghers or Cincinnatians. No, the All Things Cleveland exhibit opening at Tremont’s Asterisk art gallery was personal — a show that took the tired old Cleveland joke and turned it into a funhouse that warped, distorted, amplified and, at times, accurately reflected the state of the place we call home and our stew of feelings about it.

Even the advertising for the exhibit— a “CLE –” symbol that parodies the Cleveland Plus campaign’s pro-Northeast Ohio bumper stickers — drew a brief, authentically Cleveland moment of consternation when an attorney for the Greater Cleveland Parthership sent the gallery a cease and desist letter.

How could outsiders appreciate a trio of musicians all dressed as Super Host who served as the exhibit’s opening-night entertainment? Or a painting of one of the new downtown buses navigating a shaky bridge over a valley full of orange barrels? Or a re-airing of the Tribe’s 1995 World Series loss to the Braves? Or the overwhelming smell of sauerkraut wafting from the Crock-Pots near the entrance?

That’s why curator Dana L. Depew limited his call for artists to those who grew up here. “I asked for a grittier view of Cleveland from Clevelanders,” he says. “I didn’t want pretty publicity shots. I wanted people who grew up in Cleveland to create the work to get an insider view. In the eight years I’ve curated shows, I’ve never had a bigger response from artists.”

But even though I got all the artists’ jokes — maybeespecially because I did— the pieces evoked a full range of emotions in me.

I shook my head with empathy when I saw Eileen Dorsey’s series of paintings depicting Browns fans, which asks viewers to commiserate a fictional interception with her orange-and-brown-clad faithful — one man looking disgusted, another heartbroken.

A work titledGrowth in Midtown prompted a chortle with its vacant industrial building covered with ivy, but the clever “Be Leavin’ Cleveland” twist on the “Believe in Cleveland” billboards around town stung me. And my heart downright broke when I saw the photo essay of vacant homes framed by a door from one of the city’s once-grand neighborhoods.

Outside the gallery, John Friscat, a 27-year-old Cleveland Heights resident, said he didn’t know how to feel. There was some beauty and some laughs, but also something else. It wasn’t anger, he said — maybe a little melancholy.

And in an art-imitates-life/life-imitates-art moment, Toby Radloff (the self-proclaimed nerd-made-cult-figure by way of Harvey Pekar’s American Splendor comics and accompanying movie) offered that maybe it’s because of our toughness that reveling in such self-deprecation is OK for our civic psyche. “Cleveland has a lot of guts and a lot of heart,” he said. “Cleveland can laugh at itself.”

I hope he’s right. But such tough love only matters if it forces us to find the fresh ideas and leadership to combat the city’s problems. And All Things Cleveland only works as humor if reveling in the psychic weight we give our city’s collective negativity and stereotypes finally provides us a way to escape it.

Greetings, For Immediate Release: WHO: Standing Rock Cultural Arts WHAT: New World Children's Theatre Playwriting Workshop WHEN: Saturday, January 10, 2009. 2-3pm WHERE: North Water Street Gallery, 257 N. Water St., Kent, Ohio SIGN-Up Jeff @ 330-673-4970 AGES: 7 -17. Maximum Students: 10 -More Students are added once the play is written and the production begins in April. -Production Workshop includes Scene Painting, Acting, Lighting, Sound Design, Stage Management, and Promotional Materials (fliers, posters, programs) Cost: $200.00 Per Student Arrangements can be made for low-income families. To learn more or to sign-up, contact Jeff Ingram at 330.673.4970 or info@standingrock.net The workshop will culminate in 3 performances between May 15-May 17, 2009 at The Kent Stage 175 E. Main St. Downtown Kent, OH Classes meet twice a week to write play. (Usually the sessions are3:30- 5pm on Thursdays and 2-3:30pm on Saturdays, although we are somewhat flexible.) Once the play is written, the kids meet three times a week to rehearse and create the sets for the play. The New World Children’s Theater began as The New World Puppet Theater at the North Water Street Gallery in Kent, Ohio, in January of 1993. Originally, it was comprised of home-school children. Throughout the years , however, it has grown to include public-schooled children as well. Eventually, the troupe outgrew the puppets and the ensemble became The New World Children’s Theater, which has produced 23 plays since 1994. In addition to the emphasis on original playwriting, the company is dedicated to using recycled materials in the construction of its sets and props. This fosters an understanding of a sustainable planet as well as an understanding of how to work with limited resources. The only requirement is an active imagination. The New World Children’s Theatre is always looking for donations to support students from low income families as well as our ongoing activities. Donations are tax deductible and can be made to Standing Rock Cultural Arts, 257 N. Water St., Kent, Ohio 44240. Images of past performances can be viewed at www.standingrock.net Thank you for supporting the kids. Jeff Ingram/Director New World Children’s Theatre 257 N. Water St. Kent, OH 44240 330-673-4970 www.standingrock.net NEW WORLD CHILDREN’S THEATRE HISTORY 1. One for the Money, Two for the Show 1993 2. Her Child, Her Master 1993 3. Erie 1994 4. The Face of Fear 1995 5. Juliette’s Balcony 1995 6. The Butterfly Princess 1995 7. East of the Sun, West of the Moon 1996 8. The Case of the Canine Kidnap Caper 1996 9. Ruckus in Portage County 1996 10. Attack of the Killer Coral 1996 11. Bizzare 1997 12. Return to Atlantis 1998 13. Ironic Mousse 1999 14. Skits-o-phrenia 1999 15. The Tycoon 2000 16. Channel Zero 2001 17. Le Poulet Sans Tete 2002 18. The Giving Tree (original adaptation) 2003 19. Zoo Escape 2004 20. Wild Things 2005 21. Island of Stray Cats 2006 22. Fits vs. Fats 2007 23. Elyia and The Ghosts of The Missing Animals 2008 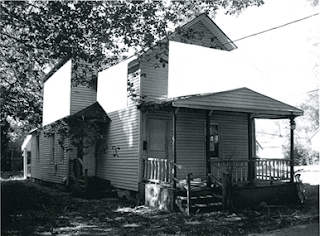 After completing a gallery installation inspired by the streetscapes of Cleveland’s Slavic Village at SPACES, Papcún extended his stay in the city to work on an ambitious outdoor installation. Touched by Cleveland’s foreclosure crisis and the families affected by it, Papcún spent weeks deconstructing a house in Ohio City to create a project that captures the meaning of the home as a source of protection and shelter, a place for intimacy, a keeper of dreams and memories, and how these structures can deteriorate over time when abandoned or when families are forced to move out.

The artist invites viewers to be onlookers as well as provide them with the opportunity to identify with the intimate spaces strategically exposed from his deconstruction. Papcún restored the original lighting plan, operated by a timer, to mimic the activity that would take place in the house as if people were still living in it.

The exhibition will be on view through January 9, 2009. 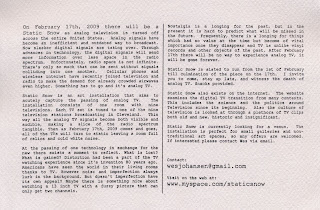 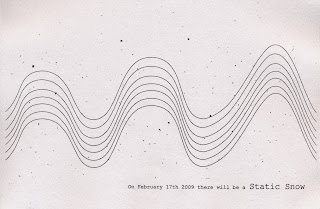 
The ceremony will be at the west end of the bridge, near Gehring Avenue.


The 151-foot long bridge, built in 1924 near the West Side Market, spans the RTA tracks at the West 25th Street Station. It was in poor condition.

Provides a safe, aesthetically pleasing link between the Tremont and Ohio City neighborhoods.
Serves as an alternate to the Inner Belt bridge to access downtown.

On Aug. 16, 2007, the RTA Board awarded a $1.97 million contract to refurbish the bridge to the Schirmer Construction Company of North Olmsted. Construction began in October 2007.

100 percent of the project was paid with local funds. Both the rail station and the bridge remained open during construction.


The construction caused changes to two RTA bus routes. The #807 Tremont Circulator and the #81 Tremont-Storer route will return to their normal operation on the morning of Wednesday, Dec. 17.


Schmirer Construction has also worked on the expansion of the Strongsville Park-and-Ride expansion, and the East 121st Street Bridge over RTA tracks.

2. Lord of the Burgeoning Lumber now at the Liminis Theater

When a very nearsighted forest ranger stumbles upon two rough-and-tumble cowboys having a really good time roughly tumbling in the woods while camping, all manner of surreal gender-bending, shape-shifting, psyche-shattering mayhem erupts. Can the wily Ranger counter the campy carnal craziness, or will the howling power of the eternal forest overcome them all? Lord of the Burgeoning Lumber is a magical-realism COMEDY that takes some bizarre surrealistic turns as it plays merry havoc with the malleable nature of identity.Note: this show is not suitable for children!)

Artistic Director Clyde Simon directs the world premier of Tom Hayes' winning entry in convergence-continuum's 2008 New Plays Competition. Tickets $15 gen. admission, $12 students and seniors. All shows at 8:00 pm. Thanks to a grant from the Cleveland Foundation's Neighborhood Connections Program, Tremont residents are admitted free for all Thursday shows ( Dec 4, 11, 18). Show up at the theatre at 7:45 and let us know your a Tremonter. Or better yet, call ahead at 216-687-0074 to reserve your seats.

In September 2001, the Cathedral was

re-consecrated with the placement in its altar of Holy Relics from Saints of America. Almost $750,000 in restoration work was completed and you are cordially invited to participate in our annual holiday event to experience the beauty of this national landmark and an example of Orthodox Christianity in practice.

The Cathedral Choir presents a program

of a cappella liturgical music of The

FREE TOURS of the Cathedral begin at

For additional information, please call the Cathedral Office at 216-741-1310

You are welcome to attend our

This year we present our 32nd ANNUAL CONCERT!

4th Annual Asterisk Gallery Xmas Silent Auction/Sale
Benefit for Asterisk Gallery
Come Help Support Cleveland Art
Find that perfect Xmas gift for that hard to shop for person. Dana L. Depew and other Cleveland artists have donated countless works of art The opening bid on ALL pieces starts at a mere $30.
This is a great opportunity to obtain great art at a great price and help support Asterisk Gallery. All proceeds from this event go directly to keeping the gallery open to the public and to help subsidize future events.
Silent Bidding begins Friday Dec 12, 5-10pm
and ends Sat Dec 13, 6-11pm
Auction is over at 11pm sharp on Sat
Asterisk Gallery
2393 Professor Ave – Tremont
www.asteriskgallery.com
330-304-8528