CALL FOR SUBMISSIONS FOR LABOR & INDUSRTY 2010 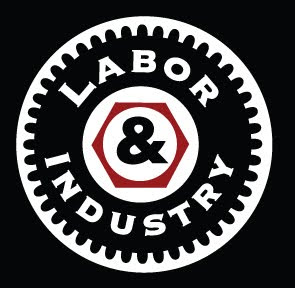 CALL FOR SUBMISSIONS FOR LABOR & INDUSRTY 2010 - call for submissions of works for inclusion in the 3rd installment of "Labor and Industry" This exhibition will be held at Asterisk, opening Sept 10, 2010

I have the honor of participating in this event.  I will be producing three outdoor lanterns for this exhibition of varying sizes ranging between 9 - 12ft and made from reclaimed fiberglass watertanks and street poles. 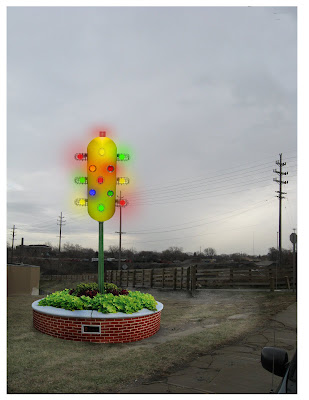 2010 Biennial Sculpture Invitational: New Works
Opening Reception: Friday, June 18, 5:30-7:30pm
Since 1996, the Krasl Art Center has presented its Biennial Sculpture Invitational. Exploring a variety of themes created by artists near and far, showcasing three-dimensional artworks inside the galleries and out, on art center grounds and throughout the community, this exhibition is a platform for public art, community and the KAC’s commitment to contemporary sculpture. The 2010 invitational will host sculpture and installations by regional artists never before seen in this series, particularly emerging artists developing new ideas, inquiries and expressions through the three-dimensional form. 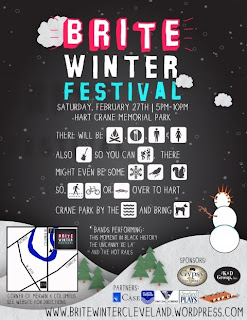 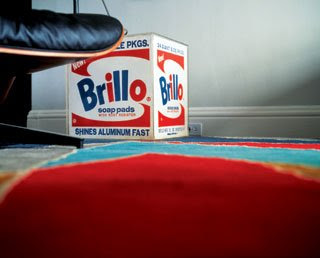 Louise Lawler (born 1947, Bronxville, New York) is a U.S. artist and photographer. From the late 1970s onwards, Lawler's work has focused on the presentation and marketing of artwork. Much of this work consists of photographs of other peoples' artwork and the context in which it is viewed. Examples of Lawler's photographs include images of paintings hanging on the walls of a museum, paintings on the walls of an art collector's opulent home, artwork in the process of being installed in a gallery, and sculpture in a gallery being viewed by spectators.


Along with photography, she has created conceptual and installation art. Some of her works, such as the "Book of Matches", are ephemeral and explore the passing of time, while others, such as "Helms Amendment (963)," are expressly political. 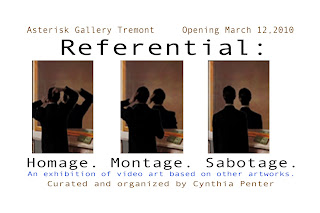 For the past several weeks I have been obtaining old exit signs that have been reclaimed from abandoned buildings in downtown Cleveland. They have been repaired and retrofitted with led and compact florescent lighting to replace the higher wattage incandescent fixtures. I found an old wooden grandfather clock and mounded scavenged plywood around the structure to use as a foundation. Then I began assembling the lights on the frame in an aesthetic manner keeping in mind that boxes would need to be able to open freely and unobstructed in order to be able to change the bulbs. The piece will then be disassembled and the boxes and faces will be painted camouflage. When finished this piece will be 7' 1" tall and 4' 2" tall and will be exhibited at the Riffe Gallery in Columbus, Ohio as part of the "I of Text" exhibition curated by Liz Maugans. 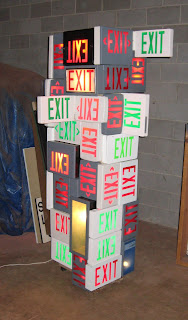 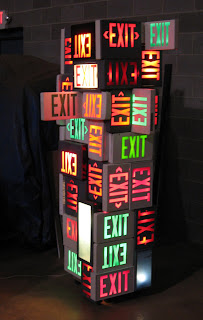 "repetition/correspondence" at Asterisk in April 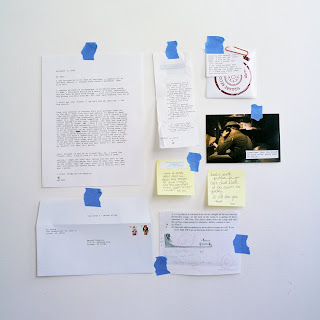