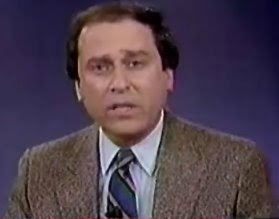 Chandler graduated from Rocky River High School and, in 1968, Northwestern University. In the 1970s, he worked for several television stations in Ohio and sometimes hosted a sports talk show on WWWE-AM.

He was best-known for calling play-by-play for the Cleveland Browns from 1985 to 1993, a time during which the team made the playoffs five straight years. He had no real catch phrase, save maybe for counting down “5-4-3-2-1-touchdown!” as a Browns player ticked off the last few yards before a score. Chandler was a true fan of the team but did not hesitate to criticize his employers, especially when coach Bill Belichick persisted in running speedy halfback Eric Metcalf up the middle.

However, the quality of Chandler’s broadcasts and the excitement of his voice made him a fan favorite and a regular choice for the soundtrack of NFL Films productions. The title of NFL Films’ movie about the 1986 Browns, Pandemonium Palace, comes from Chandler’s call of the team’s double-overtime playoff win over the New York Jets.

Chandler died of colon cancer in 1994. He is buried in Lakewood Park Cemetery in Rocky River.