“Objects to be Destroyed” CALL FOR ARTISTS 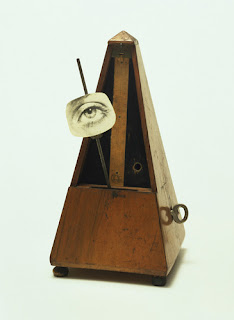 “Objects to be Destroyed”

This is an open call for artists to participate in an performance/exhibition of artwork and installations that is created to be destroyed during the opening. Works that are audience interactive are encouraged. For example a painting of a dartboard in which participants can throw darts at it during the opening etc.


The original Object to Be Destroyed was created as a readymade in 1923. According to Man Ray, the piece was originally intended as a silent witness in his studio to watch him paint. In 1932 a second version, called Object of Destruction, was published in the avant-garde journal This Quarter, edited by André Breton. This version featured an ink drawing of the Object To Be Destroyed with the following instructions;

Cut out the eye from a photograph of one who has been loved but is seen no more. Attach the eye to the pendulum of a metronome and regulate the weight to suit the tempo desired. Keep going to the limit of endurance. With a hammer well-aimed, try to destroy the whole at a single blow.

1932 was the year Man Ray's lover, Lee Miller, left him to return to New York. To make the connection to Miller more explicit, the object's original eye was replaced with a photo of hers.[1] This metronome was exhibited for the first time at Galerie Pierre Colle, Paris, as Eye-Metronome in 1933.

Subsequent exhibitions called the piece Lost Object, 1945, Last Object, 1966 and Perpetual Motif, 1972.[2] Man Ray stated that he had always intended to destroy it one day, but as a public performance.