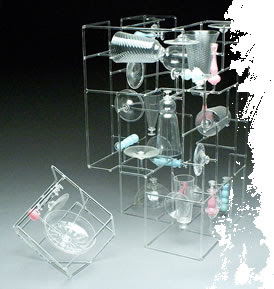 Flash Forward @ SPACES Gallery 1/30
This exhibition showcases contemporary artists who have gone to college and continue to create right here in Northeast Ohio. Feed your creative mind by partaking of our own locally grown visual produce. In this constellation of local and newly ignited art stars, some work shines brighter than others.


Kelly Urquhart & Jaime Kennedy create some meticulously rendered and digitally-collaged images of birds superimposed onto man-made instructions. For instance, one work combines the natural act of drawing something from the natural world–a bird–with man's attempt at copying nature–instructions to assemble a kite. Also, their whimsical and oddly-eerie images of houses for birds, demonstrate how the natural world of birds might incorporate items cast off from humans into their efforts to build themselves places to live.

Amy Kreiger's large portraits demonstrate her ability to render expertly the facial forms of the unusual characters in her work. Using digital media–myspace–she elicited photographs of people who felt the images they submitted to her accurately depicted their individual personalities. She then renders these on canvas or kraft paper, first with paint, then refining them with colored pencils, bringing out what she feels are their defining features, whether it's part of their body, or a put on prop; an unusual hairstyle, eccentric clothing, etc.


The three brightest lights in the room are first, Jon Cotterman's unbelievably delicately constructed glass works (pictured). When making stemware, he explains that the elements of each are made individually, then assembled, so rather then assemble the stemware, he puts the individual pieces into a framework of glass rods, like the toys that come connected by their plastic extrusions, for home assembly. Secondly, you might think Jennifer Schulman had a tortured childhood, only venting it now through her twisted takes on toys. Rather than depicting her own struggles, this arts educator explores the secret struggles of her subjects through familiar children's games, distorted to pull the viewer into examining these hidden conflicts.


Lastly, Yumiko Goto's works of ceramic abstracted plant configurations constrained by human materials; metal, concrete block, etc. displays to us her take on the fight between the human desire to control nature and the natural world's valiant efforts to grow back through the spaces between, breaking up the obstructions put in it's way.


Ann Hanrahan's brightly colored, but less interesting paintings which depict explorations of repetitious patterns and Peter Philip Luckner's video-manipulated paintings that remind me of a future-planet world of super-bright landscapes, are less than stellar, maybe in time these two will reach their zenith.


Like Dorothy, you can stay right in your own backyard to explore such cosmic concepts through these artists depictions of nature vs man made, the effect of the troubled adult world has on our children, and objects out of context. Flash Forward is on view @ SPACES Gallery through April 3, 2009. Visit http://www.spacesgallery.org for more info.