Asterisk Gallery presents: “the May Show” 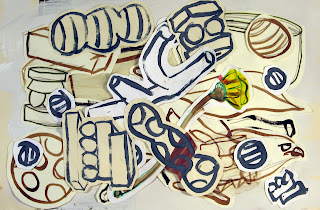 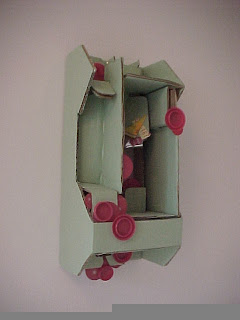 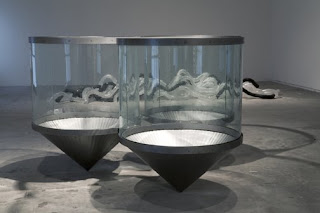 Eva Kwong was born in Hong Kong. She received a B.F.A. at the Rhode Island School of Design (RISD) in Providence, Rhode Island and an M.F.A at the Tyler School of Art in Philadelphia, Pennsylvania. She is a studio artist and adjunct faculty member at Kent State University, Kent, Ohio. Eva is known for her compelling, colorful and sensuous forms inspired by natural objects.

I am interested in the interconnection of everything in the world, from microcosm to macrocosm. Maybe it is because I grew up with both eastern and western cultures. I was brought up with the traditional chinese concept of yin and yang that underlies all life forms and energies. This was discussed everyday with my grandmother who also passed on to me the joy of making things. Growing up in Hong Kong and New York,I learned to look at everything through the lens of both cultures.

This attraction of opposites, the intertwining of dualities has informed all my work for several decades since I was a student. I am interested in the juxtaposition of mass/space, land/air, solid/hollow, male and female forms. I feel I am a hybrid made of opposites.

Every once in a while something truly grand happens: a voice hidden deep within a previously rather quiet object starts to shout and make itself known. There is no getting away from it and it asks me to give it life.
It can be: old
used
new
pretty
not pretty
free
pricey
cheap
hidden in a corner
hidden in plain sight
displayed under a bright light
profound
witty
funny
saddening
ordinary
not ordinary

This recognition, the perceived shouting, removes it from the realm of the mundane, and the voice becomes mine. Its own specialness helps me transform it into art (possibly merging with one or more objects that act as soul mates).

It is at these moments that I feel very happy - something profoundly special has occurred - and I have become an everlasting part of it all.

Newbold, a dedicated skateboarder, describes himself as being drawn to the “physicality” of glass, a discipline in which one can always “learn new tricks.” His researches into the ancient technologies of glass-making are one aspect of this desire for mastery of the medium in all its potential.
One could also theorize that the phenomenological qualities of Newbold’s installations reflect a well honed almost subconscious body-sense of the spatial aspects of his surroundings, an exaggerated perceptual skill needed by one who moves rapidly through unfamiliar territory.

The paintings in my current series represent the raw energy that exists within all things, from the mundane to the sublime.

As a painter, I have attempted to reach, both knowingly and unknowingly, the inherent power that propels me out from figural or realistic imagery. This aim can be achieved by utilizing a strength of expression that is, I hope, noticeably palpable to any observer.

The visual arts are a medium of expression which inherently have a small audience and therefore, a relatively small chance of reaching many human souls; unlike the performing arts - plays, films or concerts.

The visual artist, if fortunate, will create something that speaks to a small number of viewers forcefully enough so that an impression remains in the form of energy - energy that has been exchanged between the art and the viewer.

Anderson Turner received a BFA in ceramic art from the University of Arizona
and went on to earn an MFA from Kent State University (Ohio). A former
Assistant Editor of Ceramics Monthly magazine, he has also edited numerous
handbooks for the American Ceramic Society as well scholarly journals for
the National Council on Education for the Ceramic Arts. He continues to make
and show artwork and maintains a studio at his farm in Garrettsville, Ohio
(www.luckypennyfarm.com). He currently serves as the Director of Galleries
for the Kent State University School of Art.