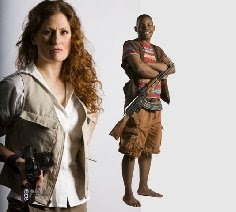 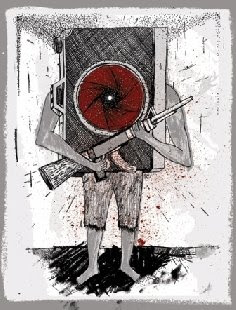 Just a friendly public service announcement. I know many of you already know about this. If you can attend, great! At the very least, please please promote within your circles. Some of you are not in town, but you know folks here, so please forward to them as well.

The Aperture is a new play by Sean Christopher Lewis and the inaugural winner of the Rosa Parks Playwright Award. The Aperture takes audiences on a wild journey that explores America's fetishizing of global turbulence, violence and race. The Aperture follows the story of a beautiful American photographer and her unlikely subject, a former boy soldier from Africa. In this world premiere production, two actors play six parts in an energetic and insightful expose.

The Aperture will be directed by Craig J. George, who wowed critics and audience alike with CPT's acclaimed production of M4M, an all-male version of Shakespeare's Measure for Measure.